London Heathrow International Airport (LHR) in the busiest international airport in the world. Over 60 million passengers depart from Heathrow every year. 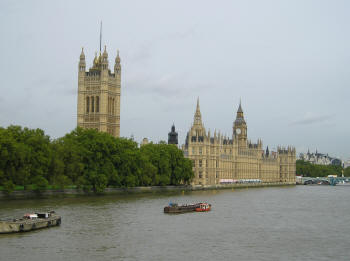 The London Underground (Piccadilly Line) connects the airport to downtown London. Train service is also available from Paddington station. The cost is around £3.50.

The Airbus Heathrow Shuttle runs every 30 minutes to downtown London and costs about £6.

Bus and coach service is available from Heathrow to the Victoria Coach Station and to other London destinations.

The Heathrow Express train service runs from Heathrow to Paddington Station. The 15 minute trip costs about £12.50.

The cost of taxi service from Heathrow airport to downtown London is approximately £35.

There are a number of good hotels located near London Heathrow Airport (LHR).

Transportation to Other London Airports

A coach service is available to transport passengers between London Gatwick, London Heathrow and London Stansted.

International Airports in the UK